Liverpool survived a late scare but still have an FA Cup replay with Wolves after a VAR call branded “impossible” by Julen Lopetegui denied Totti a late winner in a 2-2 draw at Anfield.

Totti headed Hwang Hee-Chan’s low cross into the net in the 82nd minute to spark wild celebrations at the away end, which were eventually dampened when a flagged offside in the build-up was upheld by VAR – even though ITV Reported video official Mike Dean did not have a camera angle of the alleged offense.

“We saw it, and the offside didn’t exist,” Lopetegui said ITV After visiting referee Andy Madley with captain Ruben Neves. “It’s impossible, but someone told him it was offside. We saw the picture, and it doesn’t exist.”

It proved the final twist in a memorable FA Cup clash at Anfield, which saw Wolves lead after 26 minutes thanks to Alisson’s horrendous wayward pass that handed Goncalo Guedes an open goal.

In contrast, the hosts’ equalizer just before half-time was one of pure quality. Trent Alexander-Arnold’s 40-yard cross-field ball fell perfectly for Darwin Nunez, and he was excellent past Matija Sarkic.

Liverpool turned the game on its head after half-time when debutant Cody Gakpo’s deep cross was nodded by Totti, who by deliberately playing the ball was tactically ruled to play Mo Salah into the area for a chance he buried.

The decision proved another bone of contention for Loptegoi, who said: “The second Liverpool goal is the same. It’s the same rule. Salah was offside before Totti touched the ball, and of course Totti. [reacts] to the position of [Salah].”

Wolves were given some respite as Liverpool’s weak backline was breached again by Chan, who bundled in his first club goal in 11 months – before Totti’s overturned winner denied Lopetegui the finest moment of his short Wolves career to date.

Both sides will now face a replay at Molineux amid an already packed schedule later this month.

Player of the game: Goncalo Guedes.

Jurgen Klopp went against many of his Premier League colleagues by naming a first-choice Liverpool XI to bounce back from Monday’s defeat at Brentford, but much of the first half at Anfield presented him with familiar frustrations.

Gakpo and Salah both enjoyed early opportunities in a good Liverpool start, but their nonchalance at the back threatened to cost them even then.

Joel Matip was caught cold by Guedes when dribbling out of the Liverpool box, and was lucky to get away unscathed.

Soon after Alisson was less fortunate when he passed straight to the Portuguese under little pressure, and was left to watch as he fired into an empty net.

Wolves were not flattered by the score, but their lead was snatched away moments before half-time by a move they had little chance of stopping.

Alexander-Arnold’s raking cross-field ball was just for Nunez, whose finish past Sarkic was almost as excellent.

The offside confusion began seven minutes into the second half with Liverpool’s second goal.

Salah latched on to Totti’s innocuous header, which he might not have attempted had the forward not been offside, and hit a gift of goal which VAR confirmed after a brief review.

Wolves missed a golden opportunity to level when Rayan Ait-Nouri was played through but fired straight at Alisson.

But soon their sense of injustice was softened temporarily when substitute Hwang, back from a starring role with South Korea in the World Cup, burst into the Liverpool area and bundled in an equalizer after exchanging passes with Cunha.

But the visitors, and Lopetegui in particular, were excited when Totti’s clear winner from a corner was ruled out by the linesman’s flag when Matheus Nunes was ruled offside in the build-up.

After a lengthy VAR hold-up, Dean upheld the decision on the pitch without a chance to review it himself to force Wolves to settle for a draw and keep Liverpool’s hopes of keeping the trophy alive.

Klopp: I can understand Wolves’ frustrations 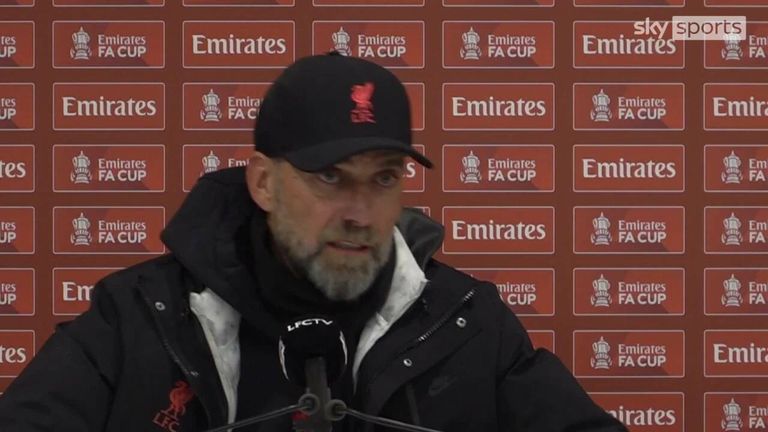 Jurgen Klopp says he can imagine Wolves’ frustrations after one of their goals was disallowed despite not all camera angles being used in the VAR decision process.

Also Read :  Are England actually good? We will find out on Saturday against Mbappe

“On the pitch, I couldn’t see it. For me, I thought it was a goal. It was the player in the left corner that could have been offside, we had one corner that I saw in the dressing room that I Thought it was offside but I wouldn’t swear on it.

“This corner, the VAR didn’t have if I’m right. We had a similar situation in the Arsenal game, a corner was missing and everyone thought it was offside but we couldn’t prove it.

“I don’t know how things can happen, but it happened. So I understand the frustrations of Wolves, you want the right decision in the moments as we wanted it then.”

Lopetegui: Both VAR decisions were wrong 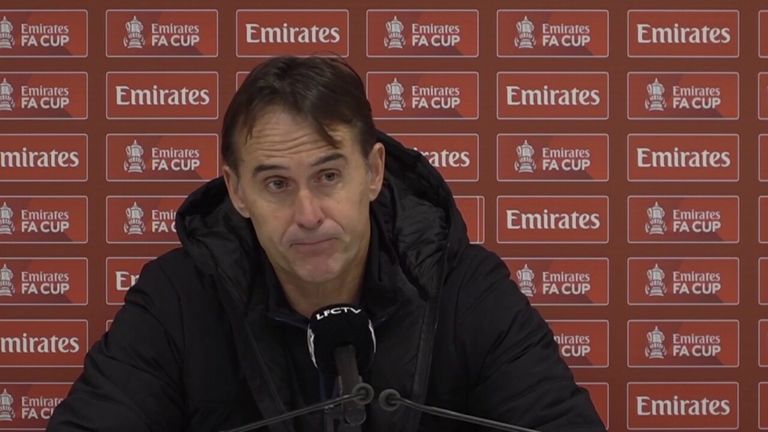 Wolves head coach Julen Lopetegui was left disappointed by the decision to rule out a third goal for his side in the FA Cup tie against Liverpool.

Wolves manager Julen Lopetegui to ITV about visiting the referee’s room after full-time:

“It was only to talk about the two goals. We saw the offside for our goal, and it doesn’t exist. It is impossible, but someone has told [the referee] It’s gone. We have seen the picture, and it does not exist.

“Liverpool’s second goal is the same. It’s the same rule. We talked a lot with referees about this kind of situation, one player using his position before Totti touches the ball. Obviously, Totti reacts to the position of ​​Liverpool. [Salah].

“The referee was very polite, he helped us but now it happened and we have to accept it. It’s a shame because we deserved to win against a fantastic team like Liverpool, we have to recover and go again in four days against Nottingham Forest.”

Liverpool Next game is at Brighton In the Premier League on Saturday 14 January – kick-off 15:00.

Wolves‘ Next excursion sees them travel to Nottingham Forest In the Carabao Cup quarter-finals on Wednesday – kick off 19:45.